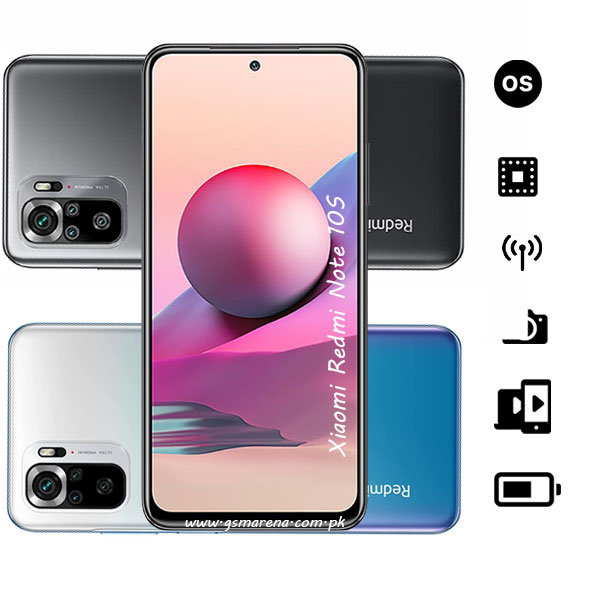 This is a powerful chipset that will empower the upcoming smartphone to provide the user with high-end performance. Xiaomi’s Redmi Note 10S has got a 2.05 GHz Octa-Core processor under the hood of this smartphone. The handset will have 6.43 Inches, a massive screen, and to provide the user with full HD plus the resolution of 1080 x 2400 Pixels. The Xiaomi Redmi Note’s going to have an AMOLED Capacitive Touchscreen, Multitouch.

And also, there is a protection of Corning Gorilla Glass 3 in this device. The smartphone has 6/8 gigabytes of RAM, which is the highest point of RAM used in this smartphone, Redmi Note 10S by Xiaomi, so you can say that your phone will run at a super-fast speed of its powerful RAM. The built-in storage capacity of the phone is 64/128 gigabytes which means that the capacity of your data is unlimited. And also, there is a microSD card if you need more storage. On the rear of the Xiaomi Note 10S, there is a Quad Camera setup.

The smartphone’s main camera is 64 megapixels wide, 8 megapixels ultrawide, 2 megapixels macro, 2 megapixels depth. The selfie shooter of the phone will be 13 megapixels. The upcoming smartphone Xiaomi Redmi’s Note 10S has a side-mounted fingerprint reader to secure the data on the smartphone and only allow the authorized person. The Redmi Note 10S will be fueled with a Non-removable Li-Po 5000 mAh battery that will support Fast charging of 33W. Samsung and other tech giants will face serious competition when the future smartphone, Note 10S, will release.