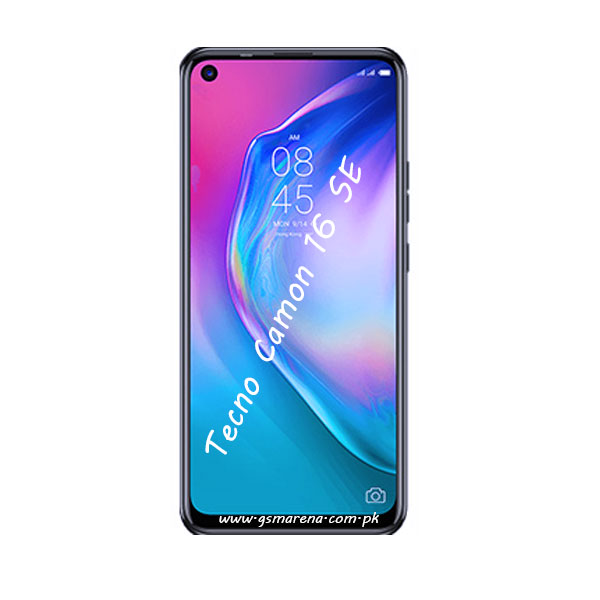 Tecno has launched its new Camon 16 and this one is new SE addition. So there will be better specifications for all the professional users who did not settle with the given list of specifications in the basic versions. This new variant of the series that is called Tecno Camon 16 SE is packed with enough powerful specs that will place the smartphone in the list of high-end smartphones. Competing with other smartphone brands, the company is offering these upgraded features at an affordable price. The anti-shake mode and the dark-tone color effect will be a great selling point for Tecno’s Camon 16 SE.

This smartphone is powered by a MediaTek Helio G70 chipset. The chipset is there to make the device work very fast. Because it has an Octa-Core processor inside this smartphone. The upcoming new Tecno Camon 16’s having an IPS LCD Capacitive Touchscreen display with 16M Colors, Screen size is stretched up to 6.6 inches long where the resolution of this device will be 720 x 1640 Pixels. The new Camon 16 SE by Tecno is paired with 6 gigabytes of RAM. The RAM capacity of the device is enough to make its execution speed very fast. The internal storage capacity of the phone is 128 gigabytes. The storage of the coming phone Tecno 16 SE can be enhanced by using the dedicated slot of the phone. So, internal storage capacity will not be an issue at all.

The smartphone has a Quad Camera setup on the back of this Tecno Camon’s 16 SE which are 48 megapixels wide + 2 megapixels ultrawide + 2-megapixel depth+ AI lens, and it has a LED Flashlight. On the front-facing, it has a 16-megapixel selfie camera. The security of this Camon 16 SE to protect your data it has a fingerprint scanner. The 16 SE is fueled with a powerful battery of 5000 mAh capacity. It means you can use the smartphone for a long time. This device will be a competitor of Samsung as the specs look quite impressive.