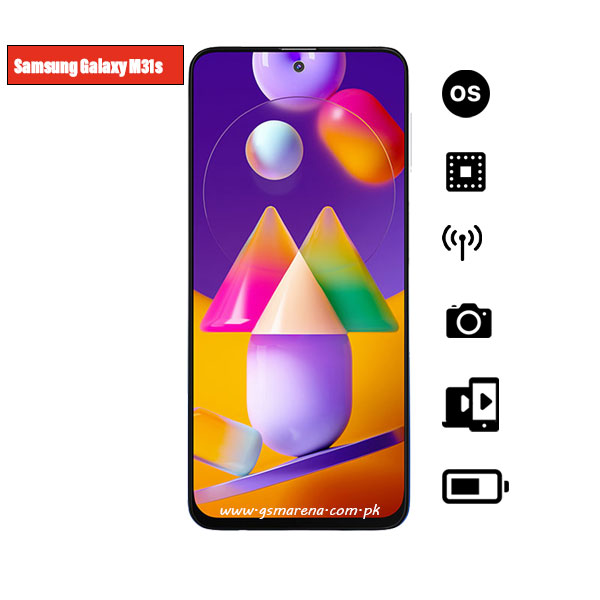 Samsung will unveil its new Galaxy M31s, the smartphone that will come with some powerful specs to hit the market and create competition among competitors’ brands. The upcoming smartphone Samsung Galaxy M31s looks more powerful than the specs of the standard version. The upcoming device will be packing Exynos 9611, the same chipset used in the other series. Samsung’s Galaxy M31s are there to increase the execution speed of the device by having 6/8 gigabytes of RAM. The RAM capacity of the phone looks even better than the M31 variant. The Samsung Galaxy M31s has 128 gigabytes of internal storage capacity for both variants. This is enough storage to provide the user with enough space to keep data there. The Galaxy M31s by Samsung have got a plus for you as you can add more storage as the handset has a dedicated slot. This will enable the user to add more storage and enhance the storage capacity of the Samsung M31s.

The rear camera setup of the phone carries four sensors. The main sensors will be 64 megapixels, The ultra-wide lens of the coming Samsung Galaxy’s M31s will be 12 megapixels, the macro lens and the depth sensor of the phone will be 5 megapixels each. The front-facing camera setup of the Samsung Galaxy M31s will be 32 megapixels. So, the selfie shooter seems to be a powerful sensor, and the features will take the photography to the next level. Let us talk about the battery of the new Galaxy M31s. It offers 6000 mAh capacity, which is by no means is an insufficient capacity to offer. The series features a side-mounted fingerprint reader that will make the device very secure to use.