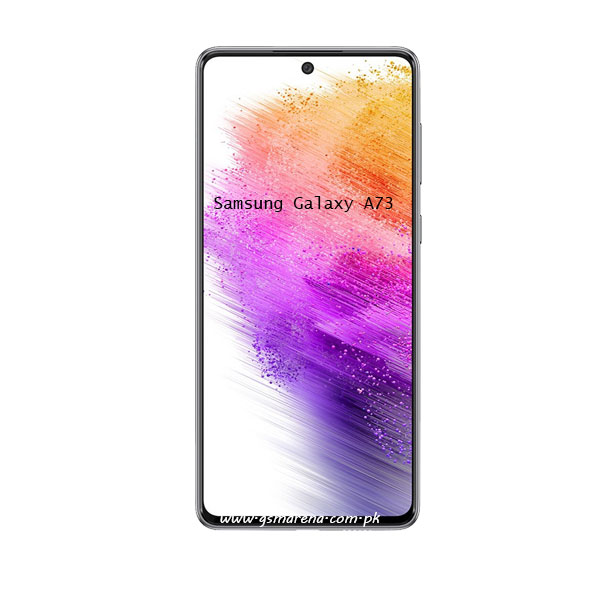 Samsung Galaxy A73 price in Pakistan

Samsung is currently working on a new Galaxy A73 that will be released soon. In the near future, Samsung plans to release a new A-series smartphone. Samsung’s Galaxy A73 is a mid-range phone, and it will be the successor to the Galaxy A72.

The Qualcomm Snapdragon 778G chipset will be used in the upcoming smartphone. The user can expect powerful outcomes from this processor-powered phone. The Octa-Core 2.2 GHz processor and ARM Mali-G68 GPU power this gadget.

The Display of Samsung’s Galaxy A73 is 6.7 Inches long and the special thing about the display of this handset is that it has a Super AMOLED Plus Capacitive Touchscreen panel. The resolution of the display will be 1080 x 2400 Pixels which is the best setting of resolution in this class.

The Samsung Galaxy A73’s going to run the upcoming smartphone with an Android 12 operating system. Also, there is a protection of glass of Corning Gorilla Glass.

A massive 8 GB of RAM is also available for use by the device. High-end RAM ensures that the application performs at a high level. For the future, the Galaxy A73 by Samsung has ample storage space to hold all of the files that will be needed. 128 gigabytes of internal storage space are available on this phone.

The primary sensor on the Samsung A73 will have a resolution of 108 megapixels, however, the additional sensor resolutions have not been announced. The next Samsung Galaxy A73 sports a 32-megapixel front-facing camera for taking pictures and videos of yourself and your loved ones, as well.

For security concerns, the Samsung Galaxy A73 incorporates an optical fingerprint scanner embedded in the display. Galaxy A73 has a large battery that can last for a full day of use, and it can be charged at a rate of 25W.