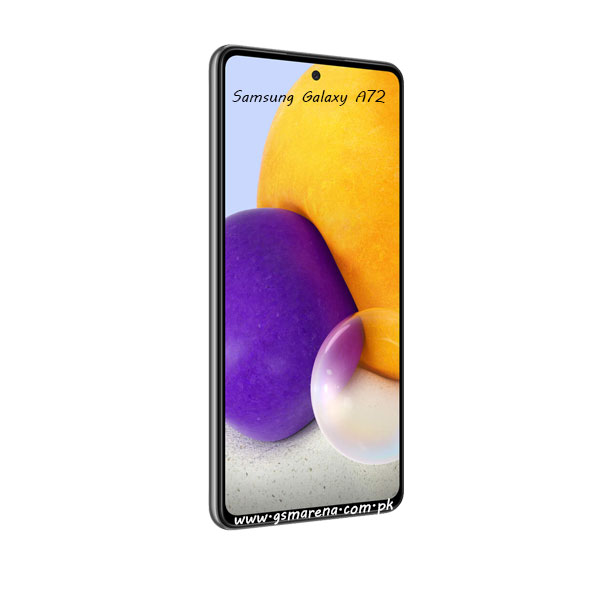 Samsung Galaxy A72 price in Pakistan

Samsung Galaxy A72’s going with 32 megapixel Front selfie camera setup, which means users will enjoying taking selfies. The smartphone runs on the Android 11.0 operating system, and if we talk about the CPU, this Galaxy A72 by Samsung got a 2.3 GHz Octa-Core processor. The Chipset of this smartphone is Qualcomm Snapdragon 720G, which means this device will give a tough time to its competitors. Samsung A72 got a Super AMOLED Plus display with 16M colors; the device has 6.7 Inches of display which is a big screen to enjoy with it. Talking about the resolution of this Samsung Galaxy’s A72 1080 x 2400 Pixels and the protection of the screen, this smartphone has Corning Gorilla Glass 3.

This device got 8GB of RAM, which gives this handset more power. Samsung Galaxy A72 has 128GB of internal memory, which is more than enough to store your data. The smartphone got NFC on it and got a 3.5mm Audio Jack. Samsung Galaxy A72 got an under-display optical fingerprint sensor to protect your data from loss, and the battery of this device is 5000 mAh to give full-day use to the users. Galaxy A72’s got a fast battery charging of 25W.