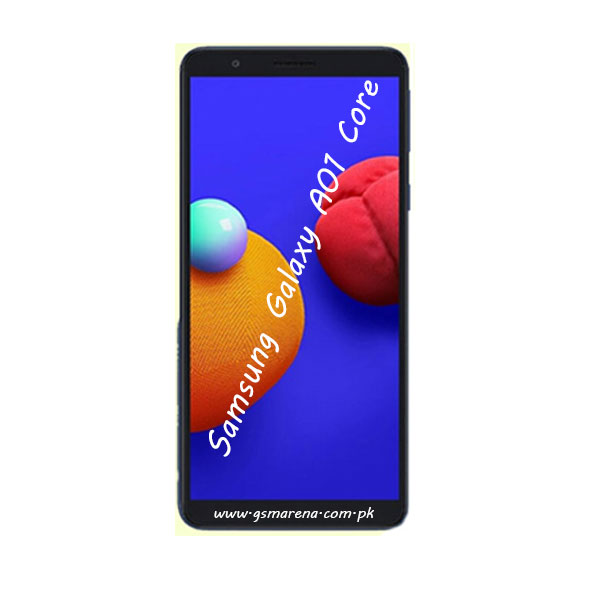 Samsung Galaxy A01 Core – The budget Variant Of The Series

Samsung will bring Galaxy A01, which has a moniker Core at the end, which means that this will be an entry-level smartphone. Looking at the RAM capacity of the smartphone, it seems that it will be a budget variant of the series. Samsung Galaxy A01 Core is another variant of the series that indicates that the company is expanding the series by adding this handset to the series. And this is obvious because this is one of the popular series of the company. Samsung’s Galaxy A01 Core will be powered by the same chipset used in the previous version, Mediatek MT6739WW (28 nm) SoC. The chipset of the coming Samsung Galaxy A01’s going to be paired with 1 gigabyte of RAM.

This is an essential RAM capacity that will produce outstanding performance. The future smartphone of the company Galaxy A01 Core by Samsung will be packing 8 gigabytes of internal storage capacity, which is sufficient to hold a considerable amount of data. But it can be increased up to 256 gigabytes by using a dedicated slot of the Samsung A01 Core introduced for that purpose. There is a single-camera setup on the rear that offers 8 megapixels primary sensor, and this camera sensor of the Samsung Galaxy’s A01 Core is fantastic. The front-facing is placed in the water-drop notch display that is 5 megapixels.

The 5.14 inches IPS LCD panel of the Galaxy A01 Core will produce HD plus a resolution of 720 x 1480 Pixels. The battery is also the same one that was used in the previous version and that 3000 mAh. This is enough power to keep the A01 Core for an extended period.