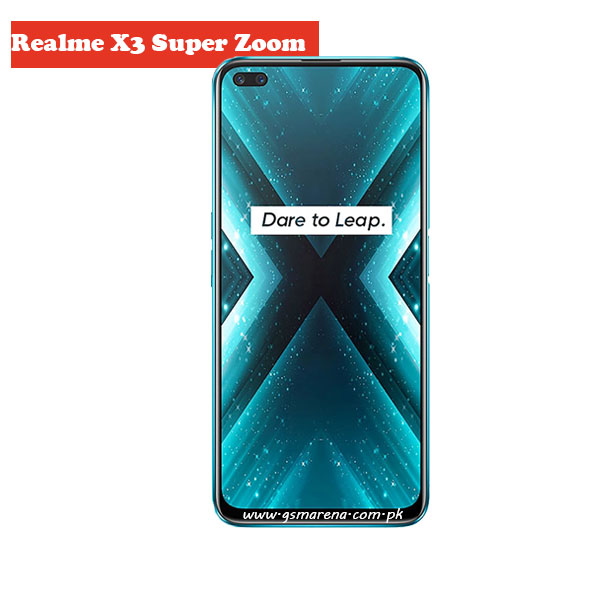 Realme will unveil its new X3 SuperZoom that will be one of the company’s flagships with high-end specs. The future smartphone is packed with a powerful chipset, and the RAM of the Realme X3 SuperZoom is also a gigantic one. The fresh leaks of the phone have so much to reveal. The chipset that will empower the future smartphone of the company Realme’s X3 SuperZoom is called Snapdragon 855+. However, there is a more powerful chipset available in the market as compared to this one.

The handset is there with a quad-camera setup having the primary sensor of 64 megapixels. The Realme X3’s SuperZoom has got no information leaked about the other sensors to tell now, but the flow of the smartphone trend says that it will be a good one. The selfie shooter of the handset is 32 + 8 megapixels. The Realme X3 SuperZoom is equipped with 6.4 inches to display panel to the user with full HD plus the resolution of 1080 x 2400 Pixels. The handset is fueled with Li-Po Non-removable 4200 mAh. X3 SuperZoom is going to be having an under-display fingerprint reader to protect the data on the smartphone. Samsung will be a good rival for the coming handset.