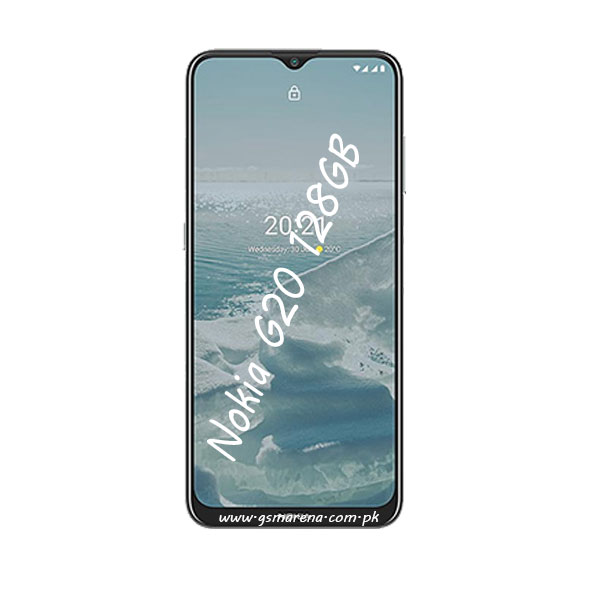 Nokia is planning to launch G20 128GB smartphone. HMD Global has launched a new smartphone of its G-series. It is a mid-range smartphone with powerful specs. According to a new leak, the upcoming new Nokia G20 128GB smartphone will arrive soon. The smartphone got a Chipset of MediaTek Helio G35 which is the most powerful chipset and to give more power to this handset there is a 2.3 GHz Octa-Core processor inside the Nokia’s G20 128GB to make the device ultra fast.

Also, there is a GPU of PowerVR GE8320 under the hood of this smartphone. The display screen size of the smartphone is 6.52 Inches and It will provide the user with full HD plus the resolution of 720 x 1600 Pixels. The new Nokia G20 128GB’s having an IPS LCD Capacitive Touchscreen display that is the latest one and well known for its outstanding results. The handset will be paired with a gigantic RAM capacity of 4 gigabytes. The chipset and the RAM capacity of the G20 128GB by Nokia show that it will enable the user to execute things with this smartphone within seconds. The internal storage capacity of the smartphone is 128 gigabytes that is enough to store a huge amount of data for future use and the device got a microSD dedicated slot. On the rear of the Nokia 128GB, there is a Quad Camera setup.

The main sensor of the handset will be 48 megapixels, 5 megapixels, 2 megapixels, 2 megapixels. The selfie shooter of the phone is 8 megapixels, to make taking selfies more easy and attractive. The Nokia G20’s 128GB is having a side-mounted, optical fingerprint reader to secure the data on the smartphone and only allow the authorized person. The Nokia G20 128GB will be fueled with a Non-removable Li-Po 5050 mAh battery that will carry support for Fast charging of 10W. Samsung and other tech giants will face serious competition when the coming G20 128GB’s will release.