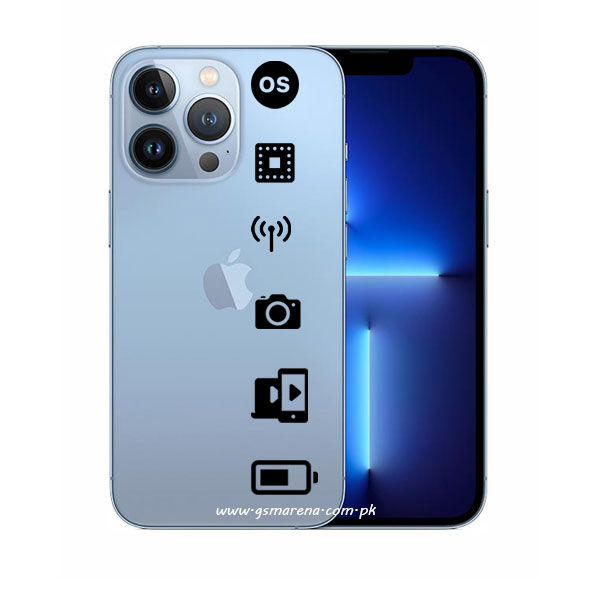 Apple iPhone 13 Pro – A Pro Variant Of The Series

Apple will unveil its new iPhone 13 to the market it is a Pro variant. Apple unveiled its iPhone 12 series in October this year. Apple postpones the iPhone 12 series for ten months because of the COVID-19 virus. But it looks like Apple won’t have a problem next year, and the iPhone 13 series should be unveiled traditionally in the ninth month. The upcoming new smartphone will be called Apple iPhone 13 Pro.

The smartphone got a Chipset of Apple A15 Bionic, which is the most powerful chipset, and to give more power to this device, it has a (2 + 4) Hexa Core processor inside the Apple’s iPhone 13 Pro to make the device ultra fast. And also, there is a GPU of Apple 8-core graphics under the hood of this smartphone. The display screen size of the smartphone is 6.1 Inches, and It will provide the user with full HD plus the resolution of 1170 x 2532 Pixels. The Apple iPhone 13 has a Super Retina XDR OLED Capacitive Touchscreen display that is the latest one and well known for its outstanding results.

In the protection of this smartphone, it has a Scratch-resistant glass, oleophobic coating. This iPhone 13 Pro by Apple got 6 gigabytes of RAM, which gives this handset more power. The handset has 128/256/512 gigabytes of internal memory, which is more than enough to store your data.

There is a Quad Camera setup in the back of this new Apple 13 Pro. The primary camera is 12 megapixels wide, 12 megapixels telephoto, 12 megapixels ultrawide, TOF 3D LiDAR scanner depth, dual-LED dual-tone flash. And on the front, there is a dual camera with 12 megapixels, SL 3D, depth/biometrics sensor selfie camera.

There is a Face ID reader in this Apple iPhone’s 13 Pro to protect your data. There is an IP68 dust/water resistant up to 6m for 30 mins. The battery of the upcoming smartphone is also a massive one. The iPhone 13 Pro is fueled with a 3585 mAh battery to get enough backup time, and the smartphone also got a Fast battery charging.